Fans who were heartbroken by Adele’s canceled Las Vegas residency can now wipe their tears and see a lookalike tribute act dedicated to the singer for free.

Tribute singer Janae Longo, 45, can be seen singing Adele’s most popular hits at the Tropicana. She carries a stage presence uncanny to that of the Grammy-winning British singer, casino bosses say.

They’re so confident in Longo’s abilities that fans whose tickets to see Adele’s real performance in Sin City were canceled have been offered the chance to come to the Tropicana for free through September 5.

“My goal is to honor Adele, and I hope she knows what I’m doing is out of respect and out of love,” Longo told the New York Post. “I hope it makes her smile.”

It comes after the Hello singer received backlash from fans, who spent between $800 and $2,000 a pop, for canceling her four-month Weekends with Adele event at Caesar’s Palace in light of the COVID pandemic.

Adele impersonator Janae Longo, 45, performs six times a week for the Legends in Concert event at the Tropicana Casino in Las Vegas 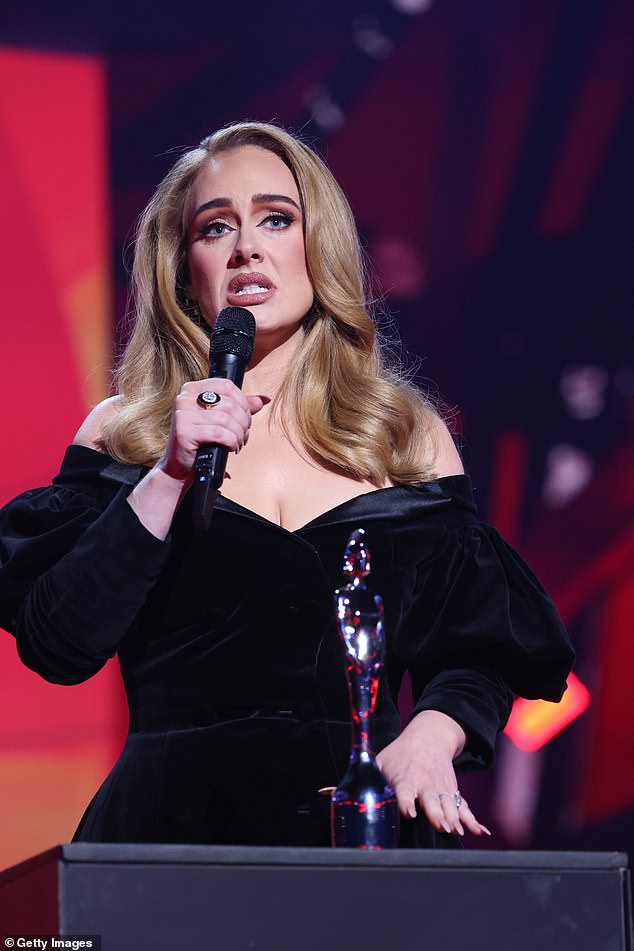 Longo, who works as a professional hairstylist and makeup artist, previously worked as a Carnival Cruise host for 14 years and did a brief Christmas carol stint in Nevada for four months.

She also earned a Bachelor of Fine Arts and Musical Theater which helped her in her long career as a professional singer.

After crossing the country to Nevada, the Buffalo native then successfully auditioned for the “Legends in Concert” event in Las Vegas singing her rendition of Adele’s Rolling in the Deep.

The “Legends in Concert” event showcases the talent of various iconic singers and other celebrities.

“I immediately started practicing his innuendo and mannerisms,” Longo told the New York Post. “I listened to all of his songs over and over again until I memorized his vocal nuances.

“She shares a different part of her heart in every song, and I really wanted to emulate that magic.” 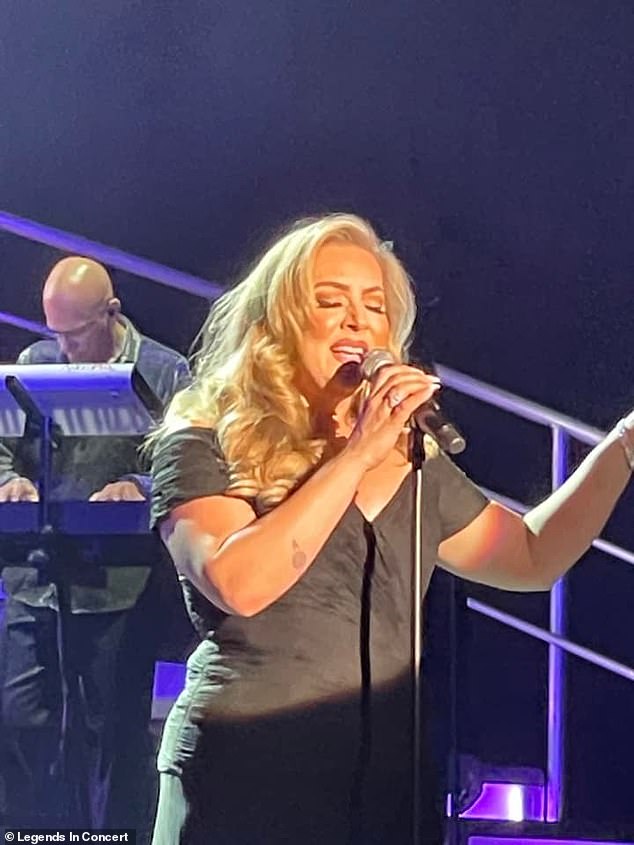 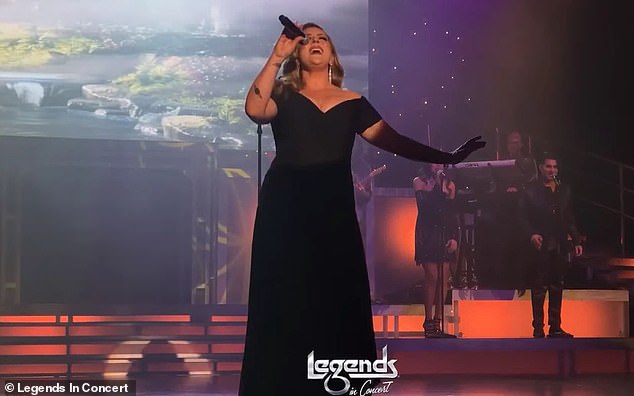 As an accomplished hairstylist and makeup artist, Longo fully transforms into the role performing hits such as Rolling in the Deep and Hello.

Along with her skills as a performer, Longo also fully transforms into character by successfully mimicking the legendary performer’s hair, makeup, and even fashion style.

“I do my own hair and makeup for the shows,” Longo told the Post. “Celine, Cher, Gaga (the impersonators) and I do makeup.

“They’re exceptional makeup artists as well as great tribute performers, and watching everyone transform behind the scenes is amazing.”

Although she only appeared as a tribute, Longo has always said fans are always “gracious” for her work as a singer and impersonator.

“When I was first hired, I was so honored, but I was worried that all the Adele fans would throw tomatoes at me because I wasn’t her,” she added. “But Adele’s fans are all very kind.

“I’m honored to salute (Adele’s) talent on stage every night.” 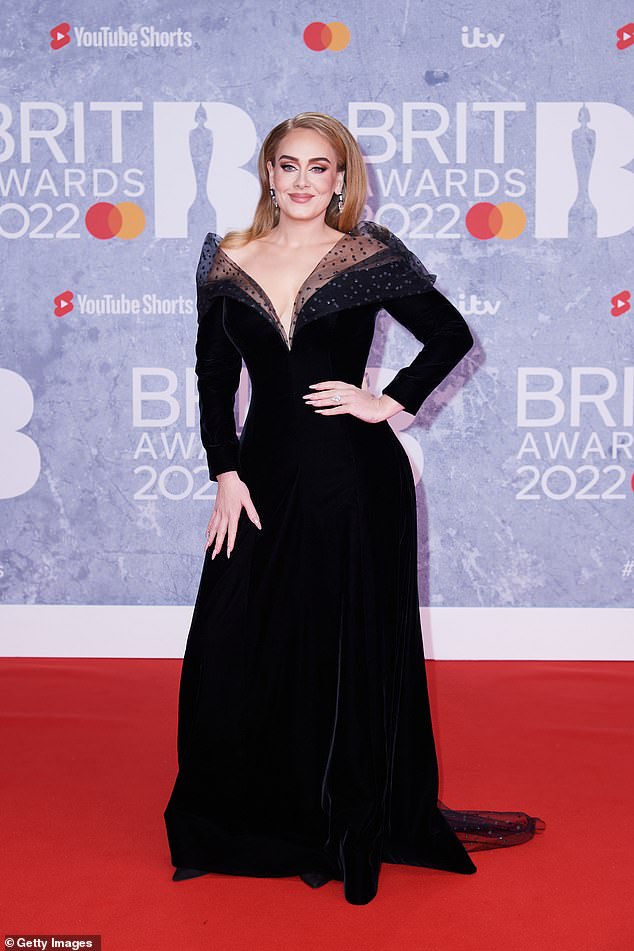 Adele received backlash from fans after spending between $800 and $2,000 to see her perform

As part of the event, other performers also impersonate famous singers such as Cher, Lady Gaga and Celine Dion.

“I’m amazed to be able to perform alongside such outstanding tribute artists,” Longo said. “I’m very proud to be part of this great team giving fans a taste of their favorite singers, especially now when people need a little joy and positivity.”

However, Longo is no stranger to criticism for her role as the “fake” Adele.

“I’ve seen some really terrible things people have said about me online, and I’m not going to lie – it hurt me,” she said.

“But I’m learning to ignore negativity. If they want to be unhappy, that’s their choice.

Longo can be seen playing the role of Adele six nights a week at the Tropicana in Las Vegas.

There’s something so appealing about a movie that features gambling and casinos. The anticipation of the main characters achieving victory…or terrible loss and wondering what you could do in their situation. The tension slowly builds through the film as the plot unfolds, and you can finally see the “big game”. The camera slows down, the […]

Posted: April 21, 2022, 11:51 a.m. Last update: April 21, 2022, 11:54 a.m. In honor of Earth Day, mobile game company Playtika joins a host of companies commemorating the occasion, leveraging one of its popular solitaire games to help plant a forest. in California. Great harvest of Solitaire from Playtika. The company uses the game […]